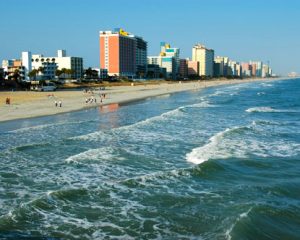 Complete was requested by Clay Collier, Esq. counsel for the NC League of Municipalities to review issues associated with the elevation of a hotel on Carolina Beach, NC. The property had been raised after hurricane damage to the property resulting in less than 50% damage to the property made it good sense for the owner but not necessary due to code. Because of this the city had not issued a letter of substantial damage for the property requiring all aspects of the property to be brought up to code. The result of which was that the railings were compliant from a older code. Unfortunately a person had fallen from the second floor and was injured. The complaint was against many parties and we had the building inspector. After our report the county and inspector were released from the lawsuit.