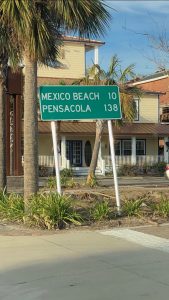 I believe in the Appraisal process – resolving claims after Hurricane Michael in Panama City, the beaches, and up in the pine forests that run to Georgia. I am from this part of the country and if we resolve the claims for these people the way they live their lives, we will all be just fine. Now, that is not to say that we can go with every argument, but overall this part of the country values plain spoken, honest dealing common sense logic. At Complete, we have been helping Florida coastal residents since the 70s cleaning up after Hurricanes Alan and Fredrick, and professional catastrophe people since 1994 when Hurricanes Erin and Opal came calling to Pensacola. We have seen two more major hurricanes here on the Gulf Coast since I started pulling a tape measure and quoting Xactimate – first Ivan, then this most recent one, Michael, a record breaker. I made multiple appearances as a wind and flood expert in the trials following Ivan both in Santa Rosa and Escambia counties and I can promise you Appraisal is a better process than that.

Just shy of 150,000 claims came out of Hurricane Michael and with this level of damage I am not surprised by the number of open claims as the complexity of the losses will require a long tail restoration. Some portions of the claim not becoming fully known as building codes are adopted, damages are uncovered and the dust settles. Hard, complex, commercial and residential claims benefit from appraisal. The complexities drive the differences and complex is best done on site. Blue Sky loves appraisal for both sides of the aisle. We believe, barring the rare AOB-driven foolishness, a fair ADR (alternative dispute resolution) process will net great results for carriers and policy holders alike. The attached report by the FOIR presents the just under 150,000 claims and $7.4 billion that made up Hurricane Michael. It also identifies the 10.6 percent of claims that have not closed or have reopened. The detailed report attached here from our Complete Resources page shows all of the 528 claims in appraisal. My office can handle that many appraisals alone….528 appraisals, let’s move some losses along, please! 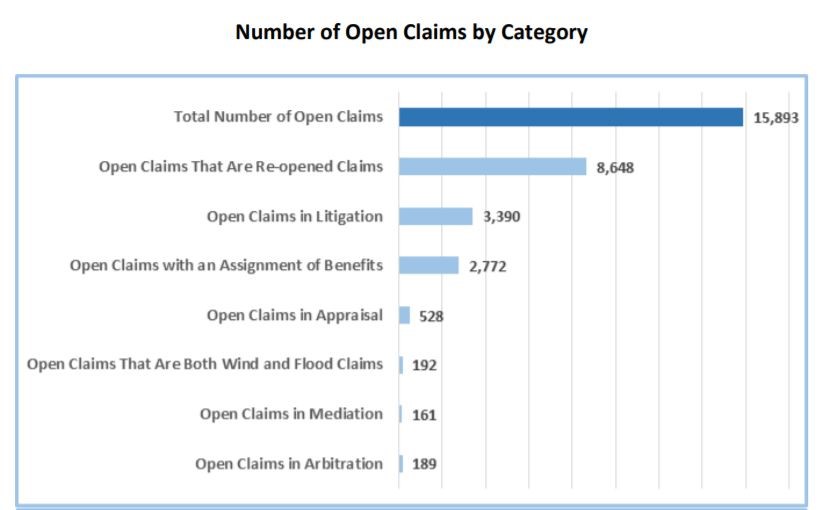 We have covered the process of appraisal previously but essentially it is an alternative dispute resolution process that allows many Florida-based insurance companies and policy holders to appoint an appraiser who independently advocates on behalf of their principals. Independent and advocate may appear to the acute reader be incongruous but what I believe it to mean is that the appraiser makes an independent decision as they advocate for their client and that they are not paid a percentage or have an interest in the proceeds.

The language is essentially the same in many of the policies out there but hopefully they allow for either party to institute the first step in resolving a disputed loss.

Demand an Appraisal of the Loss and Name your Appraiser

That form is here and you are welcome to use it or send me suggestions of a demand form you recommend as a professional reading my post. After the demand goes out and is accepted by the opposing party they name an appraiser.

Establish the umpire right now. It will never get easier to discuss umpires or third-party arbitrators.  I use and and I am a member of both the Windstorm Insurance Network and IAUA and I like both organizations. WIND is a much different and larger organization and has a yearly convention that I recommend attending. The halls of WIND is where appraisers come to share stories, vet umpires, and gather agreements. Both groups have certification or training programs as does John Robison’s P.L.A.N. training which is invaluable in the small details of the professional appraiser. There are trained appraisers in these programs that have taken on the commitment to further themselves at their crafts and differentiate themselves from others especially in an industry that does not yet have licensing in place in our state. WIND appraisers sign a code of ethics that should make a difference to those considering hiring an appraiser. I say, I speak for the building as an appraiser or an umpire…that is the job.

Establish the Differences Between the Parties. Where do the parties agree and where are they apart? This can get a little tricky on appraisals outside of a standard Florida wind policy as the NFIP National Flood Insurance Policy has more strict rules that bind the appraisal scope to the agreed scope between the parties. More restrictive but still doable. Okay, now that we have the differences set, try to reduce them and cooperate in the process of finding what can be agreed to and which docs are available from the deep confines of each person’s file. Have there been changes in the needed scope, code, conditions, and incurred costs? If the differences can be closed by the honest and fair panel of appraisers that is desirable, but if not that is not an indication of failure of the appraisers, just the need for the panel of three. Get the umpire to the site if the umpire is of a technical hands-on nature or prepare the presentation of the merits of the loss, plus or minus, and get to panel meeting. I believe a small amount of question-and-answer with original adjusters or homeowners is totally reasonable if conducted correctly. Some appraisals will be best completed in the office and that is also okay as judges have relied on the reports of others for always.

Finalize the Award with at least 2 of the 3 appraisers like the one here is a form to use that comes from my Complete Resources page. It is a recommendation and no more right than many other similar forms, it is also not wrong, and is by no means meant to be a static document. The panel award should speak to any reader and simply state the Replacement Cost Value of each of the coverages – Building, Other Structures, Contents, Loss of Use, Code, Mold – and the depreciated values of the damages, the dates, and the claim number. We like to include that the appraisal award will be governed by the policy. Additionally, while not agreed that it is necessary, we at Complete like to include a delineation of how we came to the values with an attached scope, values, and depreciation. Many times, this is really helpful to the insurance company when figuring how deprecation holdbacks should be paid as well as for owners needing to deal with mortgage companies, vendors, municipalities, and FEMA. Make an award that tells the story and you will have an award that gets paid.

Complete is primarily accepting insurance company assignments on the residential side and large loss commercial or municipality claims from wherever they come. We have completed more than 500 individual problem claim assignments resolving the differences and gathering agreement.

We have been pleased with the professionals that have decided to work Panama City since Michael. It is important to us because these are our neighbors. This is our beach and we want to see the best for all of the people – not just the ones who yell the loudest – but good, fair results for everyone. This storm left a signature that will not be soon forgotten.

There are more than 10,000 claims apparently remaining and they are going to hopefully resolve in appraisal or mediation – or helpful visits from careful inspectors like us. If you are a homeowner or insurer searching for an appraiser consider looking to the Windstorm or IAUA roster and  look for my name as appraiser or umpire. Call my office and we can recommend appraisers and umpires and if we cannot serve we are happy to share our experiences and referrals on building agreements over the last 500 successful appraisals and 10 hurricanes.