OklahomaState Weather Alerts
There are currently no active weather alerts. 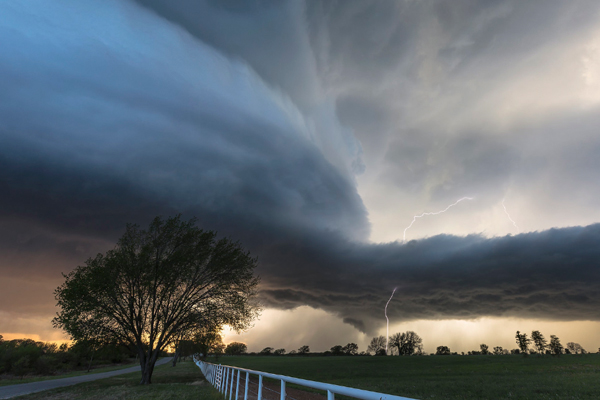 The climate of Oklahoma, as well as the severe weather it gets, is largely influenced by where you are in the state. In the southern portion of the state, it can be extremely hot in the summer and much colder in the winter, and these extremes are largely constant. Rainfall is very heavy in the south as well, while the west gets very little rain.

Freezing rain can be severe in the west, damaging powerlines and icing over roads, so traveling in the winter can be dangerous. Floods also can occur as a result of spring and summer storms, so having property near a river will put you at risk for some flood damage.

In the regions were not too much rain can be found, the risk of drought can also be a severe issue since rainfall is where most of the state’s usable rainfall comes from. But the largest risk, no matter where you are is the risk of tornadoes, since the state has one of the largest numbers of tornado occurrences in the world. They mostly occur in the springtime and can bring heavy winds with them, causing widespread damage across the state.

“The brain is a wonderful organ; it starts working the moment you get up in the morning and does not stop until you get into the office.” - Robert Frost